In June 2013, George Dotson was elected City Councilman to represent Inglewood’s First District capturing an overwhelming 58% of votes cast.  A resident of Inglewood for over 44 years, and former Commissioner for 20 years, George brings to the Council a passion for safer neighborhoods and communities, local economic development and job growth through revitalization efforts, and  an improved quality of life for residents impacted by LAX, by championing residential modernization and sound installation programs.

George grew up in Monroe, Louisiana, working for his father, who was one of only two black contractors in the county at the time.  George eventually took over the family business and, like many, chose Southern California to expand his own business and raise a family. Using his business acumen while serving as a Planning Commissioner, George was instrumental in several retail development projects and the ongoing revitalization of Inglewood evidenced by his efforts to improve traffic and aesthetically enhance the Century Corridor and most importantly, in supporting the City and Faithful Central Bible Church’s agreement with Madison Square Garden to renovate and reopen the iconic Forum.

George was a founding member of the 4th Ave Block Club envisioning it as a way to improve communications between neighbors, create a shared responsibility for keeping an eye open for suspicious activities, share helpful information about City events and provide scholarships to local students residing within the boundaries of the block club. It’s this commitment to local students and schools that motivated George to work tirelessly on behalf of Measure K which is providing over $50 million to Inglewood Unified for capital improvements across all campuses in the District.  George was a founding member of the Martin Luther King Day committee in Inglewood which organizes events annually so that Inglewood students and residents learn from the accomplishments of Dr. King and honor his legacy.  George was also a founding member of the Inglewood Lion’s Club.

George and Ida, are faithful members of St. Eugene’s parish, and have been married for fifty years. They are the proud parents of two children and five grandchildren.  When not enjoying his cherished family, George can often be found enjoying a round of golf with longtime friends and clients. 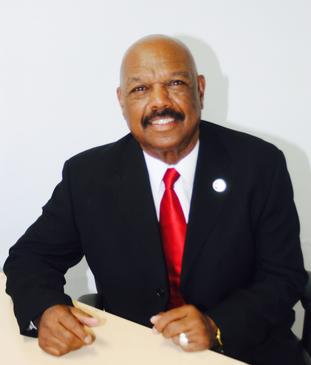